- December 05, 2017
Our youngest has the box room at the back corner of the house, its window to the side.  Looking out, there's a disappointing view: a thousand bricks, rising high into the blue.  Yet, there is one slither of visible sky.  Every evening, after bath time, we snuggle on his low bed, reading stories and settling for a milk feed.  The curtains are closed and the lights are dimmed to a low warm light.

We must have been a bit rushed one evening, a later bedtime with an overtired baby.  We collapsed onto the mattress, comfortable and settled at last.  It was only then that I looked up and realised that the blinds were up and I'd forgotten to turn the night light on.  But the room had a glow more lovely and soft than usual; the moon was steadily rising up through the narrow visible triangle of sky.  We both stared up in awe at the bright crescent moon and our little 17month old pointed and muttered "moo".

We've now spent a few evenings pointing at the moon and have observed its gradual wax and wane through the lunar month.  Littlest one eventually falls asleep under its languid light.  "Goodnight Moon" has become our nightly ritual.

This first weekend of Advent 2017 promised to be a truly spectacular lunar show: the only supermoon of 2017.  It was the incredibly grand golden supermoon of November 2016 that inspired me to begin this blog: a saving grace of the regular night feeding and lonely nights.  For the last two nights, I've made sure that the blinds were up and once settled, we could watch and admire the moon. Expectations were high.  On the second night, little one went to the window.  He looked up to the sky and...

Just the swirling thick cloud and fog of the day.  Not even the slightest glimmer or glow.

I keep the blind up and we sit there in the darkness.  Little one is now reclined on my lap, taking satisfying gulps of milk.  I cuddle him and stare into the cloud-covered night sky.


I become lost in my thoughts and memories, reflecting on the fog that clouded my first months of motherhood.  Looking back, I feel disappointment in my failure to trust my own instincts, forty months ago.  Brainwashed by second-hand austere parenting manuals and stale medical professionals, I was scared away from allowing my new baby to fall asleep at the breast, or to rock or cuddle him to sleep: "You'll give him a lifetime of sleep problems," they said.  "Transfer him to the cot when he's tired, but not asleep," they said.  "Feed him for twenty minutes and then swap sides... express more milk.. watch the clock.... set alarms... wake him up.... feed times... he should be sleeping in the cot by now, not on you... he should be in his own room by now... he should be self settling by now... in a dark room... with the door shut...  he's too heavy for you to be carrying him now... you've breastfed him for long enough now..." they said, they said, they said.

We didn't follow all the advice.  But my own maternal instinct was smothered by rules and schedules, fears and threats.  Emotionally loaded parenting guides made me feel as though my own voice was wrong and misjudged.  Through academia, I had always trusted the printed word.  It was hard to reject published advice, promising "calm" and "contented" little babies, a smiling cherub on its "bestseller" book cover.  Until motherhood, I had never questioned a medical professional's opinion either.  Doctors, Nurses, Health Visitors all knew best, didn't they? When the smiley Health Visitor strongly suggested I tried 'Controlled Crying' and said (at 5 months) my baby shouldn't be asleep on me anymore, I didn't have the confidence to disagree, even though my gut was silently twisting inside. And after all, we had never parented before.  We didn't really know what we were doing.

Fast forward a few months and years and the fog has mostly cleared.  I still harbour doubts and I'm happy to admit that I'm still making it up as we go, but my inner voice is bright and strong.  Interestingly, after two years of uncomfortable silence, I recovered my writing voice too.  Now, I trust my instincts and I block out the onslaught of unwelcomed advice and unnecessary rules.  Plus, I'm more confident to ask for help when it's needed, especially from our parents and trusted friends.  When I first became a mum, I avoided straying onto the internet for parenting advice, but I have to admit that I've found strength from like-minded communities (Gentle and Attachment Parenting, Natural Term Breastfeeding etc.) and publications that actually help to endorse the parent's instinct (e.g. anything by Sarah Ockwell-Smith), rather than to dismiss it.

I've been up a couple of times through the night and peeped through the curtains. Still no moon.  Still no lunar brilliance.  I know she's up there, though.  Somewhere.   Shining more brightly than ever, illuminating the thick soft winter blanket around her.  It's a lovely thought as we fall back to sleep. 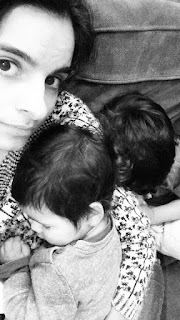 Popular posts from this blog

I've been keeping a diary on actual real life paper, but thought I'd share from this current lockdown. Why? Well, it helps me to keep sane and I'm hoping that it might help to legitimise my recently mega increased screen time. Here we are again: schools are shut and we're supposed to stay at home. When the news was announced, I was actually quietly happy (I know, I know).  Of course, I was devastated by the news of new Covid variants and rising R numbers and the ever increasing death toll.  But I was deep in the cosy joys of a Christmas at home, staying at home with my fledglings close by, hunkering down with the expectation to travel removed.  It didn't seem right to be sending our children back into primary school (especially with the new strain passing more quickly by children), nor my husband (A) back on the long daily commute into London (where 1 in 30 supposedly have Covid!), teaching in a busy city high school (amongst the biggest spreaders with very little o
Read more 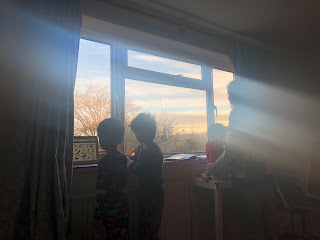 Week four was hard. So hard that by mid week, I declared that we were on early half term break.  Here's the negatives: Our youngest has been teething, cutting his back molars: an evidently miserable experience with a mild fever lasting a few days, which was especially bad in the evenings and all through the night, with lots of extra cuddles, tears and night feeding.  By day, he would become very upset if I ever tried to tiptoe away to make lunch/dinner/anything.  I had some tiresome PMT, making the days that bit harder.  All I wanted to do was curl up with a hot water bottle, cuppa and a good book.  Instead, I was content with round-the-clock Numberblocks and some sofa time with my babies. Tried to get some of the School Reception tasks done, but the resistance was strong.  Our 4 year old runs a mile from online video calls now and is showing all the signs of screen fatigue.  He's started talking about stuff now, which is huge progress and a big relief, saying: "The Corona
Read more 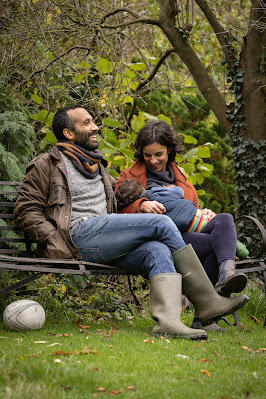 Photo: Lyndsey Abercromby Photography Like an ice storm in an abandoned teacup, Week 6 began.  I was feeling ill, the boys were squabbling because the oldest wanted to re-classify all the animals into geographical groups, a task fiercely claimed by his younger sibling; our youngest was adamant that all the jigsaws should be emptied onto the kitchen floor and then keep him in my arms all day.  After a tense start to the day, the dust settled. I distracted our four year old with a game, involving sounds written on a board, us reading them out and a spatula for bashing them with, whilst littlest joined in with the milk brush (jigsaw pieces remaining on the floor).  Our eldest was smuggled upstairs to secretly classify animals under the desk whilst his Papa led a whole year school assembly online. But somehow (thanks to A pushing back meetings to help me out and supply the ibuprofen), we made it all work and by lunchtime we were reunited on our now well used sofa, watching the heavy snow f
Read more